Why do some social movements create change and some fizzle… 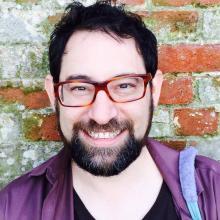 RICK PERLSTEIN is the author of The Invisible Bridge: The Fall of Nixon and the Rise of Reagan. Before that, he published Nixonland: The Rise of a President and the Fracturing of America (2008), a New York Times bestseller picked as one of the best nonfiction books of the year by over a dozen publications, and Before the Storm: Barry Goldwater and the Unmaking of the American Consensus, winner of the 2001 Los Angeles Times Book Award for history. A contributing writer at The Nation, former chief national correspondent for the Village Voice, and a former online columnist for the New Republic and Rolling Stone, his journalism and essays have appeared in Newsweek, The New York Times, and many other publications. Politico called him the “chronicler extraordinaire of American conservatism,” who “offers a hint of how interesting the political and intellectual dialogue might be if he could attract some mimics.” The Nation called him the “hypercaffeinated Herodotus of the American century.” Born in 1969 in Milwaukee, Wisconsin, he lives in Chicago. In his spare time, he performs jazz piano and vocals and practices yoga.