Inequality in the Age of Financialization

Inequality in the Age of Financialization

Socio-economic inequality in the United States has now surpassed the heights of the Gilded Age and the Great Depression. The 2008 U.S. financial meltdown laid bare not only the extent to which financiers and financial institutions engendered the crisis and instigated widespread socioeconomic precarity and suffering, but also the ways in which financialization – the growth of financial activities as a key source of profits for financial and non-financial corporations alike – has dominated our social economy. What is the relationship between increasing inequality and increasing financialization? How has finance’s rise to power and influence over the past thirty-five years shaped our economy and the particular values, practices, and ethics that construct business common-sense, not to mention the very nature of work, ownership, and security in the US? And yet, instead of addressing the key causes of inequality directly, the powerful in society have seized on these conditions to mobilize an avalanche of discontent among sectors of the downwardly mobile in a way that often obscures the key reasons for their predicament and scapegoats those at the social margins. 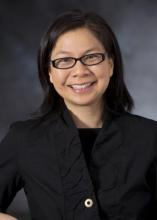 Professor Karen Ho is faculty in the Department Anthropology at the University of Minnesota, Twin Cities, and Director of The RIGS (Race, Indigeneity, Gender, and Sexuality) Studies Initiative. Her research centers on the problematic of understanding and representing financial markets, sites that are resistant to cultural analysis and often disavow various attempts to locate or particularize them.  Her domain of interest is the anthropology of economy, broadly conceived, with specific foci on finance capital, capitalism, globalization, corporations, inequality, and comparative race/ethnicity/indigeneity. Her ethnography, Liquidated: An Ethnography of Wall Street (Duke University Press, 2009) was based on three years of fieldwork among investment bankers and major financial institutions. Recent publications include “Finance and Morality” (A Companion to Moral Anthropology. Fassin, Didier, ed., 2012), “Corporate Nostalgia: Managerial Capitalism from a Contemporary Perspective” (Corporations and Citizenship. Urban, Greg, ed., 2014), “Gens: A Feminist Manifesto for the Study of Capitalism” (Theorizing the Contemporary Series, Cultural Anthropology Online, co-authored, 2015), and “Markets, Myths, and Misrecognitions: Economic Populism in the Age of Financialization and Hyperinequality. (Economic Anthropology, 2018). Her latest projects analyze dominant finance’s production of contemporary inequality, tracing the afterlives of corporate liquidation, the worldviews of investment funds, and the relationship between whiteness, masculinity, and dominant financial markets.